Ok, guys, here I am again, bragging of my son stepping up to the plate and making great saves. lol (all photos can be enlarged by clicking)
October 15, 2009, our first snow of the year, (can you believe that, it's only mid-October!) when our son's soccer team played against the undefeated soccer team it was very cold and dreary, but the game nonetheless was very exciting. I heard one parent yell, "Where else can you find excitement paying just $1.00 admission?!". First half was a tie, second half was still a tie, so they played two ten-minute overtimes. Now, if you are a follower of my blog, you know that our son is a goalie. Both teams played hard, and what with snow and the grass being wet there was a lot of falling and sliding. Unfortunately, at the last seconds of the second overtime, our son's foot slipped before jumping to catch the ball and he was not able to block the ball, and the other team scored! (The ground was wet and muddy by that time). Oh well, somebody has to win, right? Below is a photo of the playing field; they played at night and it really was cold! Imagine yourself soaked with wet snow and mud in a very cold temp; that was how our son felt after the game... brrrr! Their team is called, Big Green machine! lol (green/white uniform or sometimes green/green , like the last photo) 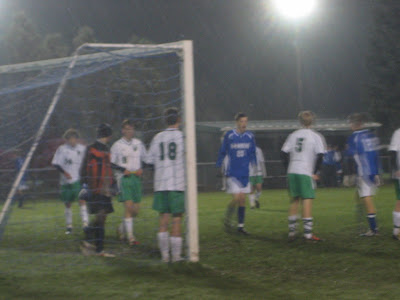 The following weekend was a homecoming game. As with school tradition, some kids cut their hair mohawk style, or paint it green, the school color. In this photo, the senior players were honored; that's our son in orange/black uniform. Since our son's hair is short, he elected to shave it instead, but he was the one who gave his team mates a hair cut. Although the other team tried many times to take a shot, unfortunately they never found the back of the net. This time our team WON! 2-0 It was a shutout game! Yay! This game was also a qualifier for sectionals. 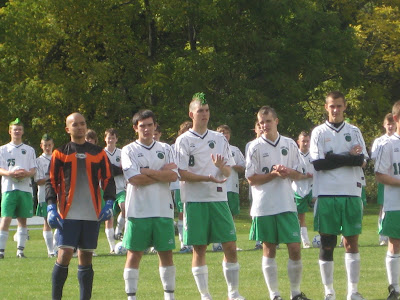 Last night was their first sectional game, and boy was it exciting! And of course here I am again, the proud mama telling everybody who listens how exciting the game was! There was a lot of jostling for the ball. Even though we parents of the players were cold and shivering watching and cheering, we will do it again, and again. I am not a good sports writer so here goes what happened ...
Our team scored the first half, the other team retaliated and scored the second half, so it's now a tie. Then our team scored again, so it's now 2-1. Two minutes before it was over both teams are now very aggressive. The other team did what I call a bullet kick (fast and quick kick in the upper corner of the net) and our son was able to block it by hitting the ball volley ball style so the ball went behind the net. Parents as well as fans were screaming with delight! Then the other team did another bullet kick and our son was able to block it again with the same style! Parents were on fire; there was a cacophony of cheers from our team's fans. Wow, what excitement, and this happened with like a minute left. With a few seconds left, and with my adrenaline going up, the other team tried again for another goal and this time the ball was shot lower so our son was down on the ground blocking the ball, he was able to block it, but the ball got away from him, so the other team did a follow up and tried another shot but luckily they missed the net. (There was a lot of tension but, oh, what a relief!) lol. With 12 seconds left, our son has to kick the ball and I kept yelling, "kill time, kill time", and as soon as he kicked the ball, the buzzer was heard and it was over! They won, they won! Ha, ha! All in all this was a well-played game, a battle of two good teams from start to finish. Both teams played an outstanding game! 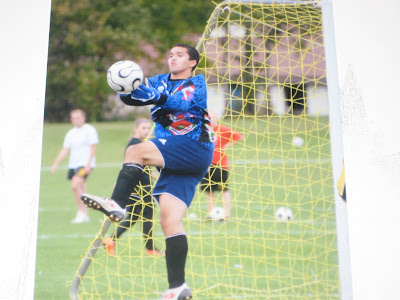 When I went to sign him out, (he rode in the school bus to the game, and usually comes home with us) other parents were telling me, "This is Will's best game so far!" or "Will did an excellent job!" Others gave me a hug ... and being the humble parent that I am, hah! I said, "they all played hard, it was a team effort, and they made us all proud!" ;) The boys have been really working hard in practice and it shows. 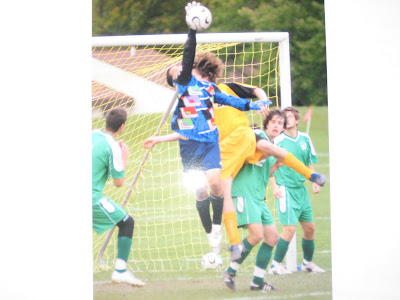 Note: the last two photos were taken during the day, at other games. The sectional game that I described above was held at night and unfortunately I did not take photos but that's 'mah boy in action! lol
Posted by Nance at Tuesday, October 27, 2009

Nance, I know you are proud of him. I remember when my sons were that age --and I sat through many a football game (since my guys all played football). We sat through rainy games and muddy games--but never snow!!!! ha

Congrats to your son.
Hugs,
Betsy

My son loves this game too. I can relate to all the joy in the photos here. Like Betsy, rainy days and muddy fields, I sat through all these with my kid too.

wow your son did a great job! ^_^ congratulations! I'm sure you are so proud of him ^_^

Hi..you have a nice blog..
at your free time vist mine too.
have a nice day!!

Sounds like alot of fun. It is so nice to be able to enjoy your kids in their sports. My son opted out of baseball and we so miss watching him pitch. It's a great way to be social too.

one proud mom - that's what you are, ms. nance! congratz for raising him well. i wish we could do the same with gabby =)you're such an inspiration.

Hi, Ate Nance. That must be very exciting. I read your write up verbatim and I felt so excited about the game too. Yes, the adrenaline rush while reading about the game :)
You and your husband are both lucky to be the parent of Will. Of course, Will is also very blessed to have a parent like you...

Nance
why i blog? ... i want to be a writer when i grow up. :) what i blog? ... everything & anything and probably end up nothing! i am a Filipina living in upstate NY, a soccer Nanay (mom) of 3 and a Lola (grandma) of 3 sweet little girls! 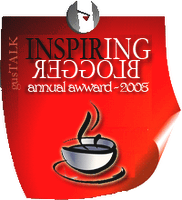 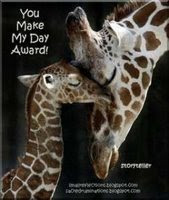 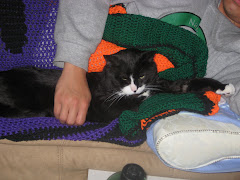